Visual Studio Installer features this window, to install the correct components for Unreal Engine Development, make sure the Game Development with C++ workload is checked. Under the Installation Details section on the right, also choose the following components: 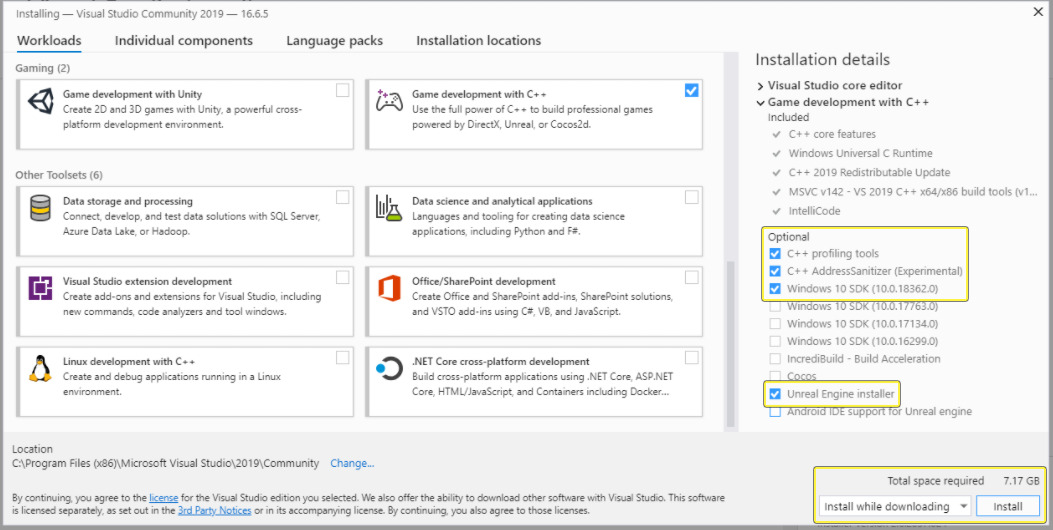 Visual Studio might recognize missing components automatically at a later point, in that case it will install them for you trouble-free and very easy.

Pick one of the active branches, click on Code, download with GitHub Desktop and clone it to your Computer.

Pick one of the active branches, click on Code, download with ZIP and place it on one of your hard drives.

Name has to be between 6-24 characters.

Open the generated UE.sln file, search for UE4 or 5, rightclick Build, when finished set as Startup, and Debug.